Insights > Succession Planning, Wills and Estates > The Estate of Huurdeman and the Incomplete Will
BY  Leanne Wood

The Estate of Huurdeman and the Incomplete Will

The High Court (Court) has recently released its decision in the case of Gibson which concerns an application under section 14 of the Wills Act 2007 (Act), to declare a draft Will in a standard form and Will questionnaire as the valid Will of Mr Huurdeman. It provides a useful reminder on the ability of the Court to validate a document as a Will, which does not otherwise meet the strict requirements for validity of Wills under the Act.

Mr Huurdeman had a substantial estate and did not have any children of his own. His only family were three sisters living overseas.

Mr Huurdeman did not leave anything to his partner. They had been in a relationship for a number of years. She was in the early stages of dementia. Evidence before the Court showed that Mr Huurdeman held the view that she did not need anything from him as she had a property of her own and he had considered she would soon die. They kept separate finances and properties.

A friend of the deceased, Mr Gibson, applied to the High Court to have a the draft standard form Will and Will questionnaire validated as Mr Huurdeman’s Will. The Will was in a standard form document provided by Mr Huurdeman’s solicitor, which Mr Huurdeman had filled in and signed, together with a Will questionnaire his solicitor had provided. The Will was not witnessed. The documents were dated three months before his death. There were some variances between the details of the two documents. When reading the two documents together, they left $50,000 to one of his three sisters and the rest of his estate was left to Mr Gibson’s young children. Mr Huurdeman, although not related by blood, was considered an extended part of their family and an ‘uncle’ to his boys.

Mr Huurdeman’s partner’s daughter, being the attorney for her mother who now lacked capacity, opposed the application to validate the two documents. She instead applied for Letters of Administration on Intestacy. She made this application on the basis that the deceased does not have a Will. If that application was granted, it would result in most of Mr Huurdeman’s estate going to her mother with a portion of the estate being divided among his three sisters, with nothing left for Mr Gibson’s children, who had been viewed as family by Mr Huurdeman. Such an outcome would have been inconsistent with the intention recorded in the Will and Will questionnaire.

The partner’s daughter also advanced an argument that Mr Huurdeman lacked capacity to make a Will at the relevant time and that Mr Gibson had used undue influence and duress to coerce Mr Huurdeman.

The Court determined that Mr Huurdeman had capacity at the time his Will was made. Various evidence was put forward to the Court including a recent doctor’s visit and the observation notes from his time in hospital after a stroke. It also determined that there appeared to be no undue influence by Mr Gibson.

As the draft standard form Will and Will questionnaire were returned to Mr Huurdeman’s lawyer together, the Court determined that they should be read together. The Court found that the two documents, when read together, were consistent with the relationship Mr Huurdeman had with Mr Gibson at the time. His intention not to gift anything to his partner was found to consistent with their relationship and that they were deliberate in keeping their property separate.

The Court determined that there was certainty about what Mr Huurdeman wanted to do with his estate. The Court noted it was relatively usual, given the circumstances, including Mr Huurdeman’s partner having dementia, that “he had not gotten around to seeing a lawyer”.

While the Court validated the two documents as Mr Huurdeman’s last Will, his partner could still make a claim under the Relationship Property Act for half of the estate.

Insights from the Decision

Increasingly, we are seeing a willingness by the Court to validate a document as the deceased’s Will despite the document not meeting the strict criteria of the Act. The case was remarkable for the level of background detail and records that the applicant, Mr Gibson, was able to produce to the Court to support his application to validate the draft standard form Will and Will questionnaire. The case was also noteworthy because the Court does not always take such an approach.

This case is a good reminder to get Wills validly signed.

If you have been intending to prepare a Will, or you are currently sitting on a draft Will that you need to finalise and sign, please reach out to one of our experts who would be happy to ensure that legal formalities are observed.

This article is current at the date of publication. It is intended to provide general comments only about legislation and case law. Lewis Lawyers accept no responsibility due to reliance by any person or organisation on the content of this article. Please contact the author of this article if you require specific advice about how this applies to you and your circumstances. 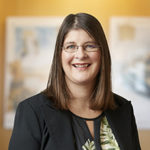 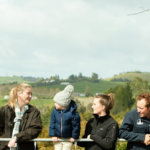 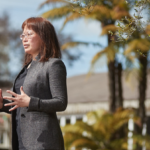