A strong legacy behind us comes with an equally strong sense of responsibility in front of us. This responsibility starts first within the firm and flows out towards clients and the wider community we serve. We exist and thrive because of our people, clients, and the community. The privilege of being your firm of choice is taken seriously, yet our approach is to listen, understand, and act with empathy.

We are a values-based law firm. Our core values are important to us and are at the heart of the way we interact with each other as a cohesive team and with our clients. These values explain who we are and what we are about. They reflect our ambition to make a difference to the people we work with and the clients we represent.

Motivated, adaptable and dynamic in approach.

Established in 1906, Lewis Lawyers is built on more than 100 years of service to the community.

We continue to actively support a diverse range of local and national organisations. Our affiliations with such organisations include running fundraising campaigns, voluntary and pro bono work, sponsorships, board roles and trusteeships.

Organisations we proudly support include the Cambridge Chamber of Commerce, Cambridge Citizens Advice Bureau, Cambridge Life Skills, Rotary Club of Cambridge and Foster Hope Waikato, among many others.

Lewis’ has a proud legacy that spans over 100 years. With strong roots in the Waikato, our legacy continues to be strengthened with enduring relationships amongst and between our staff, clients, and wider community.

In the early 1900s, a little over 1500 people populated Cambridge. To service this community, Malcolm Dixon ran a law practice. In parallel, the formative years of Sam Lewis were underway. During the Second Boer War from 1899 to 1902, Lewis served as a Trooper with the Colonial Light Horse and, subsequently, the Bushmanland Borderers.

On his return to New Zealand, Lewis qualified as a lawyer and worked for Dixon. In 1906, Lewis took over Dixon’s practice and established Lewis Lawyers. In 1914, the beginning of World War I, Henry Dickens Dallimore joined Lewis’ as Partner and the firm was renamed to Lewis and Dallimore. 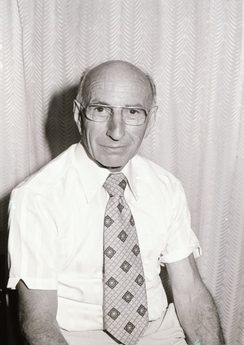 From the frontlines on the battlefield for New Zealand, Lewis also served as a Borough Councillor and, from 1922 to 1923, Mayor of Cambridge. As life progressed, Sam’s son, Peter Lewis, qualified as a lawyer. During World War II, Peter served in The First Echelon, forming part of New Zealand’s military involvement.

On his return, Peter resumed work at Lewis and Dallimore, developed a reputation as a tax law expert, and was appointed Partner in 1944. After his appointment to Partner and Dallimore’s retirement in 1948, Peter increasingly contributed to the community. From 1946 to 1953, Peter served as Cambridge Borough Councillor and chaired the Cambridge Fire Board for two decades. In 1950, on David Jecks’ appointment to Partner, the firm was renamed to Lewis and Jecks. 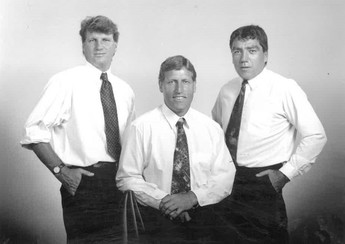 Along with managing an extensive general practice, Jecks played a pivotal role in forming Cambridge Resthaven, served as Vice President of the Hamilton District Law Society, became Cambridge Coroner in 1966, and was an influential member within the international Lions organisation. In 1970, at the age of 92, Sam Lewis retired. In 1975, Simon Makgill joined Lewis and Jecks. In 1977, on Simon being appointed Partner, the firm was renamed to Lewis Jecks & Co.

Simon’s commercial and legal astuteness grew the firm’s practice in the areas of Rural Law and Trust Law. In 1982, Lewis Jecks & Co merged with the Hamilton firm of McCaw Smith & Arcus, resulting in the firm being renamed to McCaw Lewis Chapman. In 1990, Jecks retired. In 1999, following a demerger, Lewis’ became a separate firm, led by Simon Makgill and Matthew Hanna as Partners. 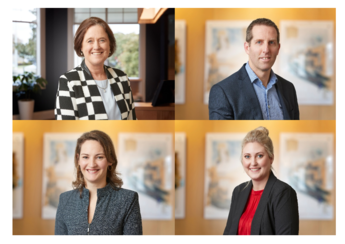 The New Millennium and the Modern Day

In 2006, a century after Lewis’ was established, Lisa Ware was appointed the firm’s first female Partner. In 2007, after acquiring several practices, an office in Hamilton was opened. Simon Makgill’s son, Matthew, joined Lewis Lawyers in 2014 and was appointed Partner in 2015. The partnership of the Makgills and Ware significantly grew the firm’s practice. In 2020, after 45 years of legal practice and service, Simon Makgill stepped down from Partner to work as a Consultant and Notary Public on a part time basis.

Today, Lewis Lawyers is a well-recognised general practice firm led by 4 Partners, Lisa Ware, Matt Makgill, Lucy Young, and Monique Medley-Rush, with the vision of continued excellence and modernisation whilst maintaining an offering of a quality legal service.